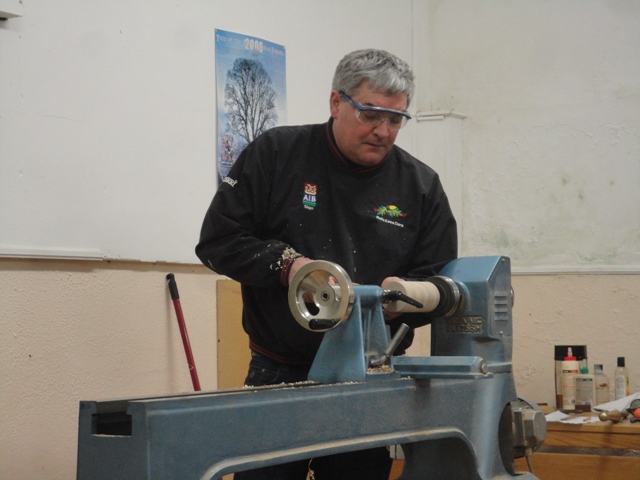 The February meeting of the 2014/2015 year was held on Thurs. 12th February in the Craobh Eo Centre in Aghamore.

Our demonstrator for February was Michael Horkan. This was Michael’s first demo and although he has a lot of experience in a different life, he came very well prepared and this stood him well.

He chose to turn a laminated candlestick and first explained in detail the steps to measure, cut and glue up the blank.

Using a pre-glued blank he then mounted it between centres and turned it to a round. The cup was bored by drilling the top and then tidying up with the chisel. Using a homemade sponge ball chuck he brought the tailstock up for support and shaped the body before parting off. Follow the story below in photos.

Michael also brought along a couple of pens which he had turned earlier. One had an interesting swirl pattern. He went through the sequence for creating the swirl lamination – see photos below.

Thanks to Michael for a well thought out and enjoyable demo and providing something that could be done by all. 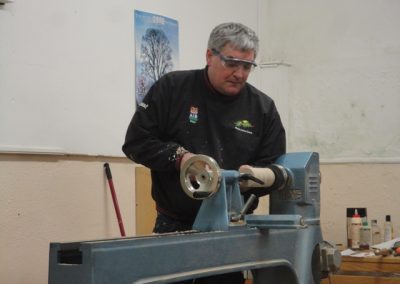 Michael turns the prepared blank to a round 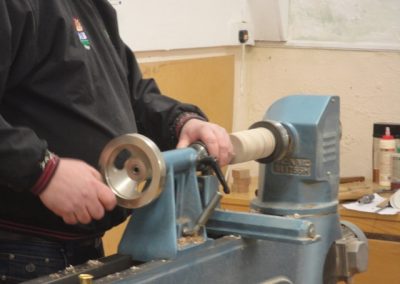 Hollowing out the cup 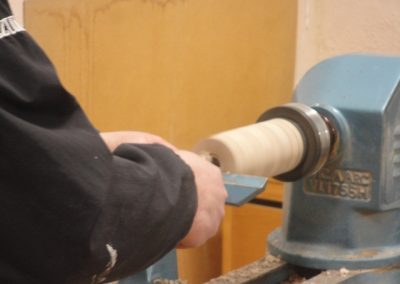 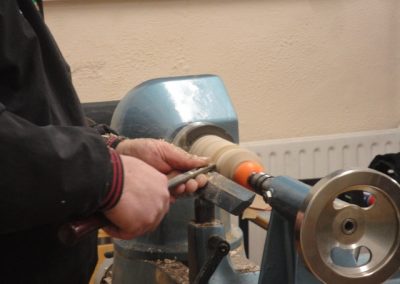 Working on the body 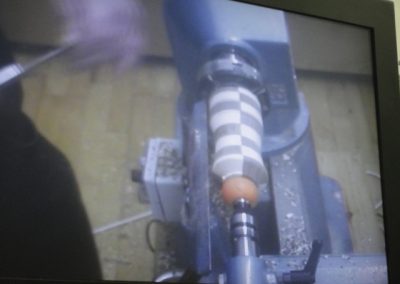 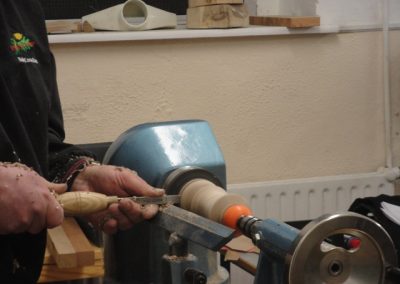 Starting to part off the base 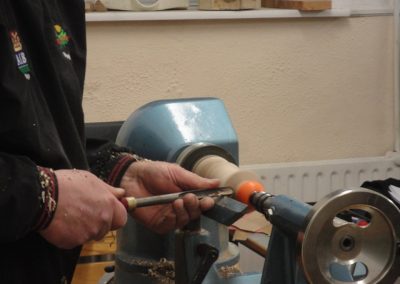 Detail work on the top 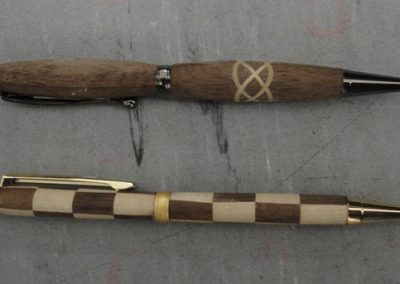 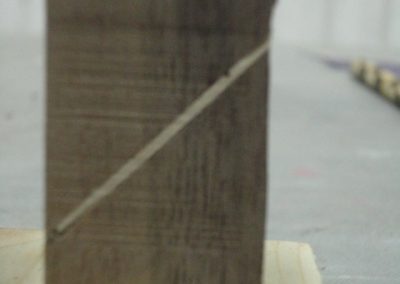 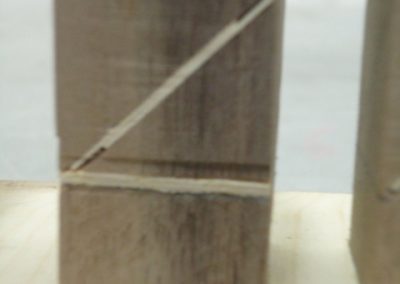 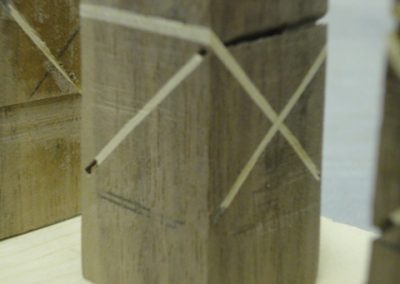 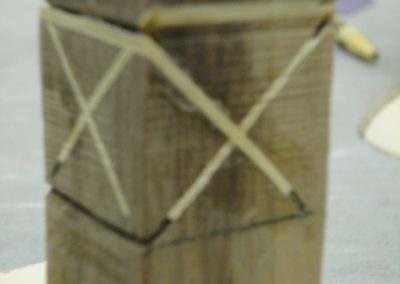 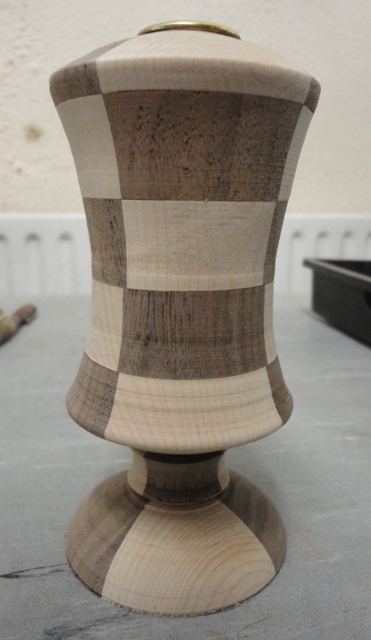 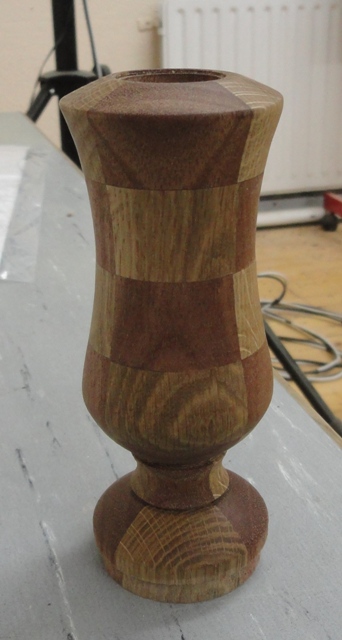 This is a finished version of the demo candle holder 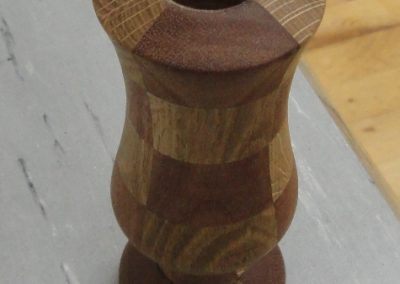 The February competition was for a smoker’s pipe. This presented different challenges in getting a functional pipe as well as carving. Well done to all who submitted an entry.

March’s competition is a pair of off centre candlesticks. 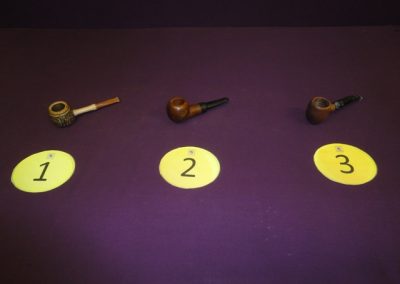 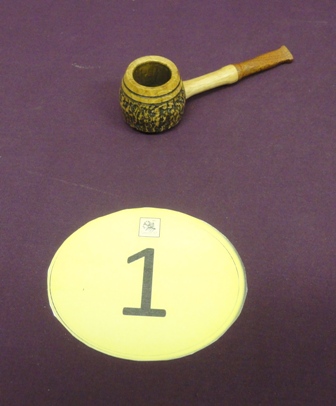 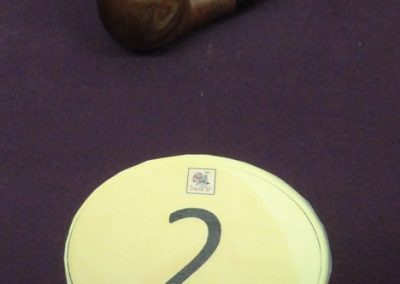 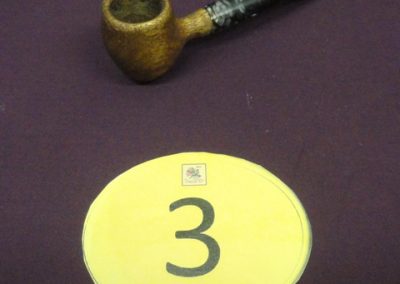 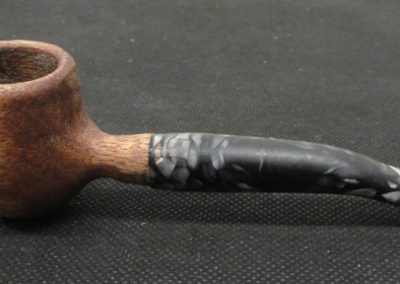 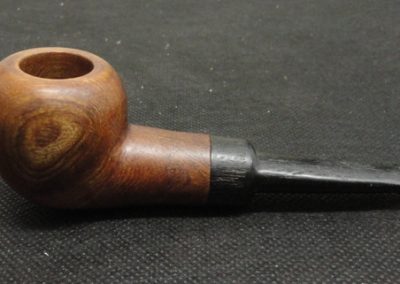