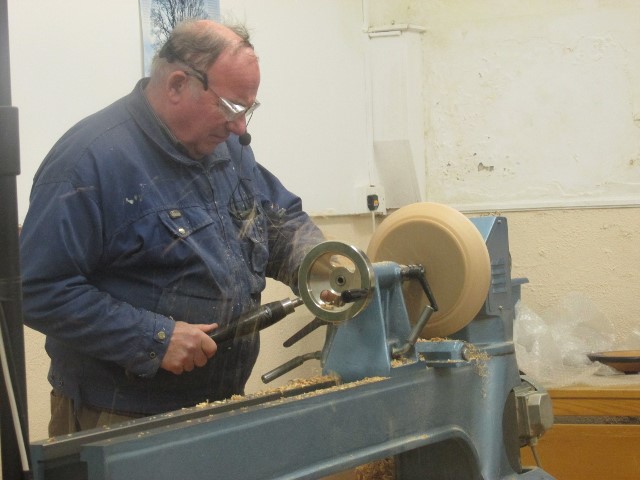 The January meeting of the 2015/2016 year was held on Thurs. 14th January in the Craobh Eo Centre in Aghamore.

Members of the Craobh eo chapter gathered in the Old schoolhouse Aghamore on what was a bitterly cold night for their first meeting of 2016.

Sean Foody was the presenter and Sean set out his intentions by showing members examples of bowls turned off-centre and decorative features he was going to demonstrate.

Sean used a blank of dia. 275mm on which he positioned a faceplate in the centre of the blank. The edge was trued up using a bowl gouge (18mm) and then the outside of the bowl was shaped. The base was then trued up leaving a slightly hollow feature to ensure it would sit comfortably on any surface. The base was approximately 150 mm in diameter. Sean then positioned the toolrest to make a cut to what would be the top edge of the bowl.

Next Sean repositioned the faceplate off centre by 12 mm and remounted the face plate where he cut a recess on the base for the chuck. This recess was not central on the base.

The chuck was then positioned on the lathe and the blank mounted on it. The face plate was not removed as it is required later in the process. Sean then started to hollow for the centre by starting out towards the edge. He was careful at the start as the blank was turning off centre now stopping to check regularly the progress being made. Only a small section was hollowed to show the top edge of the bowl and also the narrowness on one side and wider part directly opposite. Using the proxxon Sean added some carving to the top edge of the bowl ensuring the bowl was locked in position and using the toolrest for support.

Then using a gas burner he torched the top edge of the bowl. He then used a brush to get rid af any excess charcoal. A sealer was then applied to the torched section of the bowl.

When the bowl was finished Sean explained that it was not only an off centre bowl butit could be wall mounted for a clock, barometer or any use suitable to the needs of the individual.

A discussion took place on the upcoming Craobh Eo seminar scheduled for Sat. 27 February 2016 in the Gateway Hotel, Swinford. 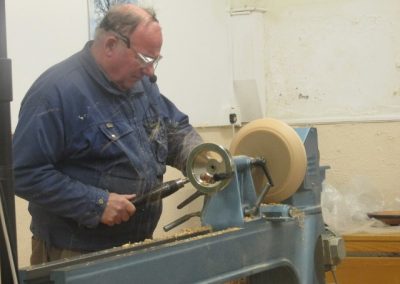 Sean at work on his platter 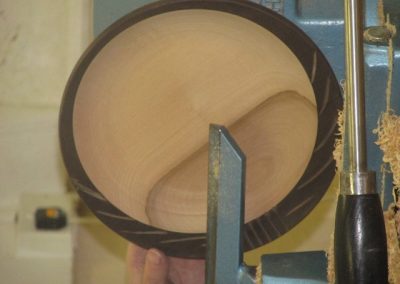 Detail on the platter 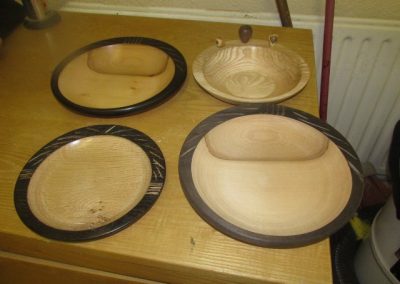 Some of Sean’s work 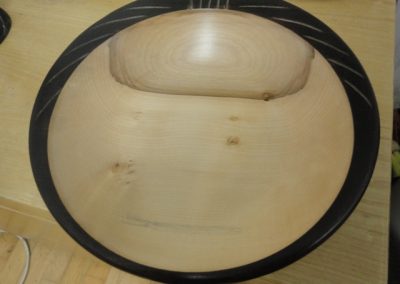 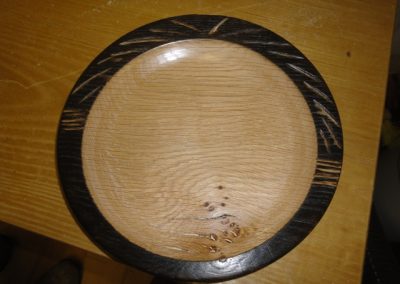 The January competition was for a piece of jewellery. On a cold night the standard was high and thanks to those who submitted their piece.

The pieces were judged by Paul Tant.

February’s competition is a laminated piece which leaves plenty of scope for design and form. 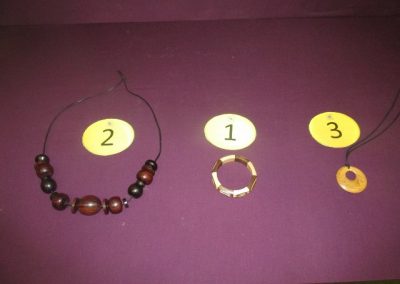 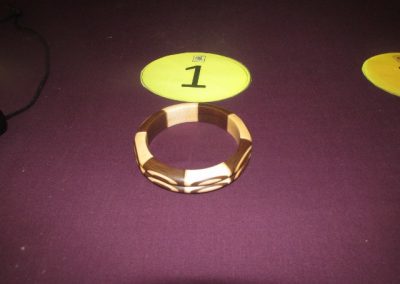 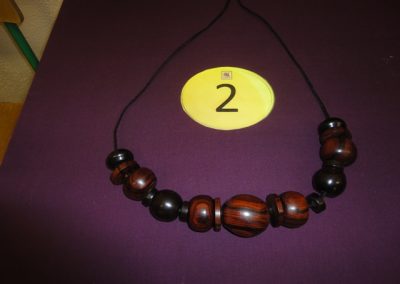 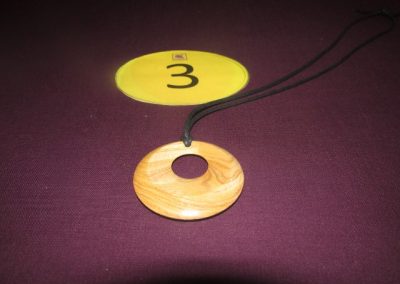 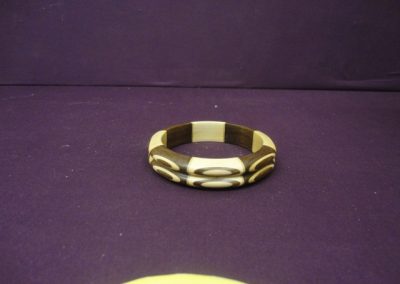 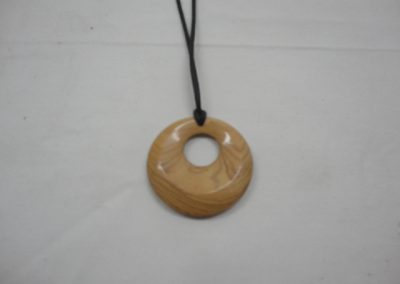 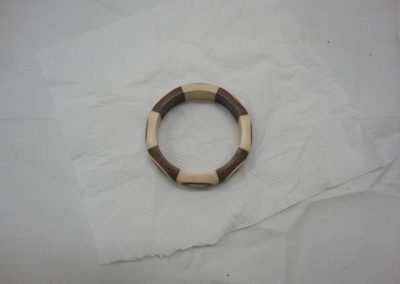 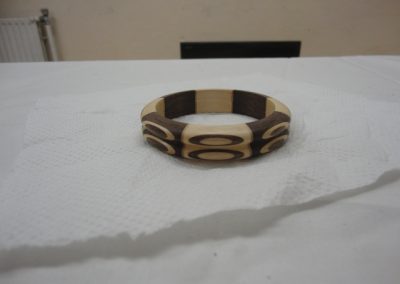 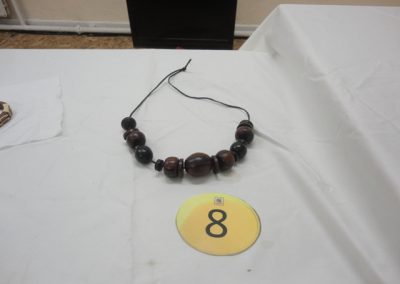 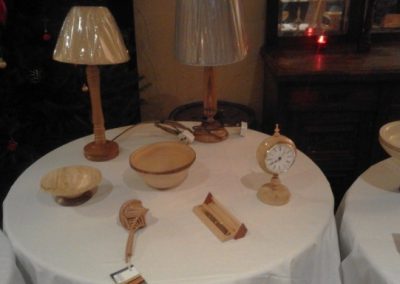 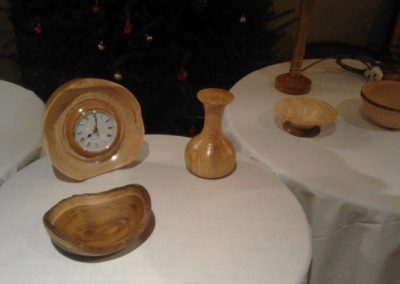