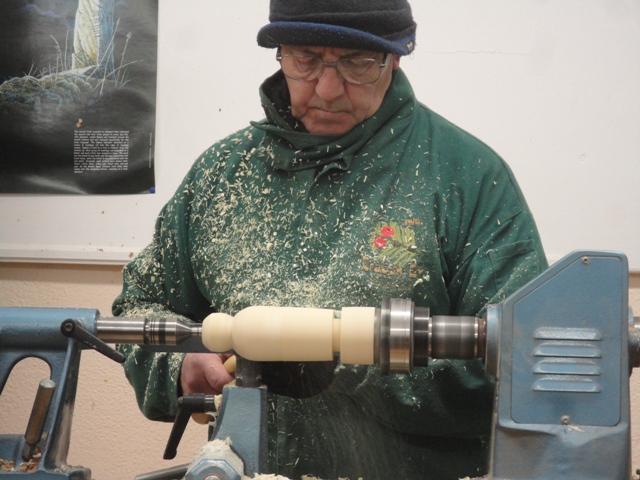 We were privilaged to have Paul Tant as our demonstrator for March. Paul always adopts a modular approach to turning where pieces can be put together to give a different end product.

First up he turned an eggcup and then followed this with a snowman. He demonstrated how to wood burn designs into wood using a piece of formica and brought at least 4 items for everyone in the audience to try at home.

Paul’s focus this evening however was off centre turning.

He turned a bird working from settings he had previously worked out – result was startling. He turned a base for the bird and mounted it using a metal pin.

Next he demonstrated how to turn male and female figures from off centre. It was wonderful to see what could be turned and Paul had given a lot of thought to working out the way to do it.

The figures produced were beautiful and Paul demonstrated that this could be done on the lathe as against carving.

Well done and thanks to Paul for a thought provoking demo. 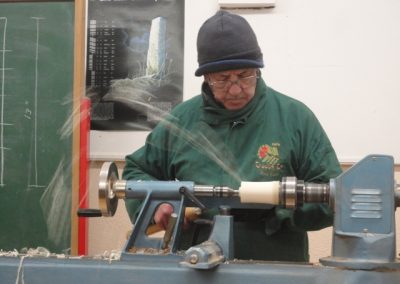 Paul Tant turning outside of eggcup 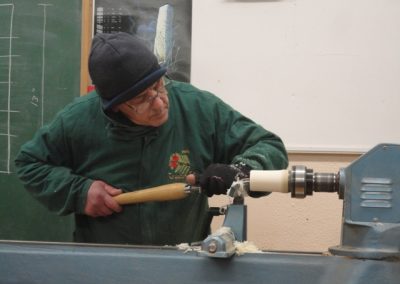 Hollowing inside of eggcup 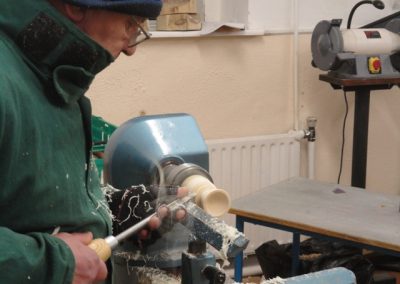 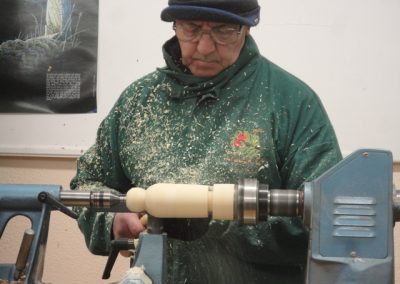 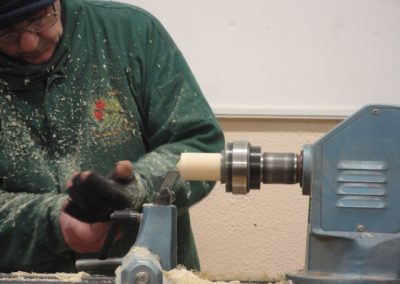 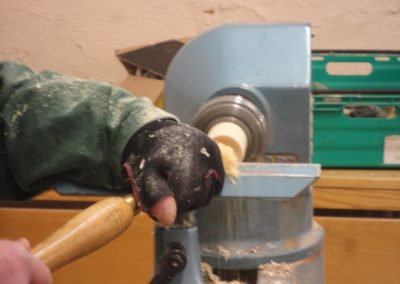 Hollowing out the hat 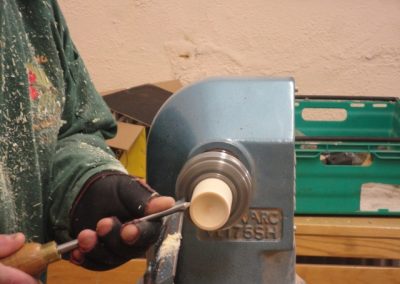 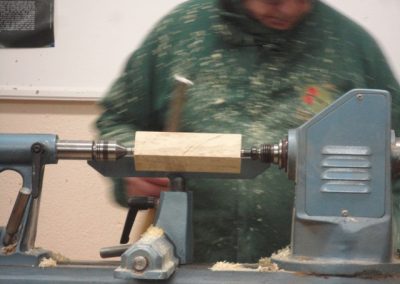 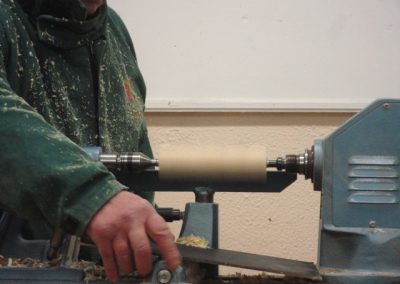 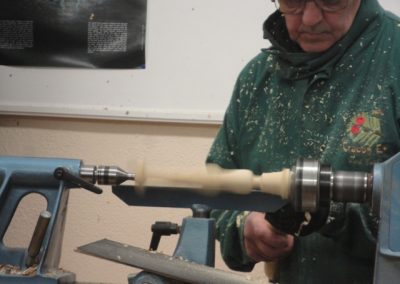 Paul moves to off centre turning to get desired shape 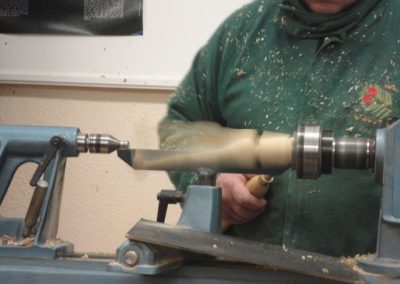 Another off centre position to shape figure 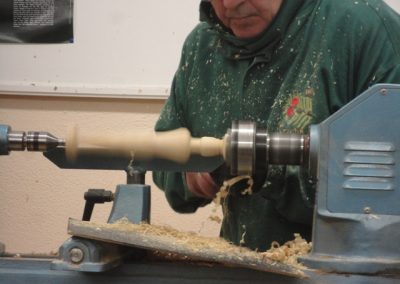 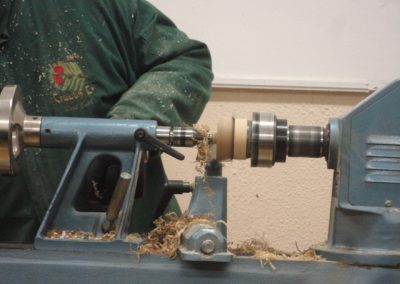 Base for the bird 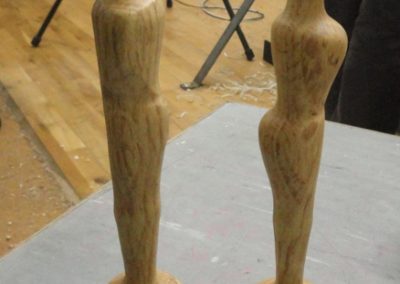 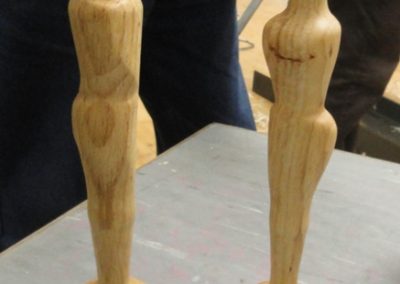 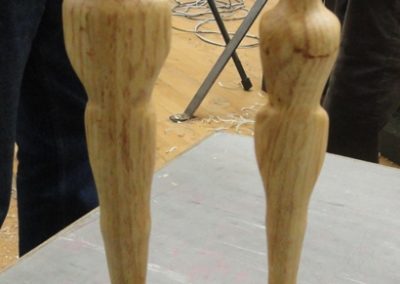 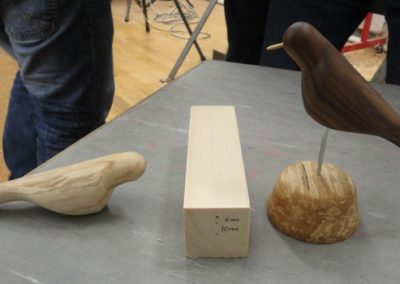 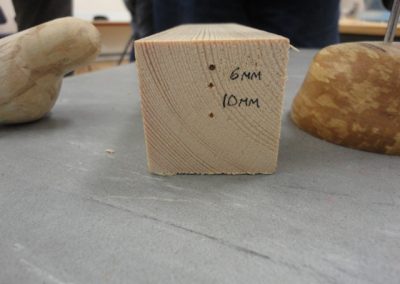 Close up of off centre positions for bird 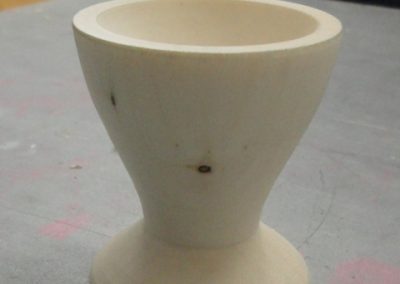 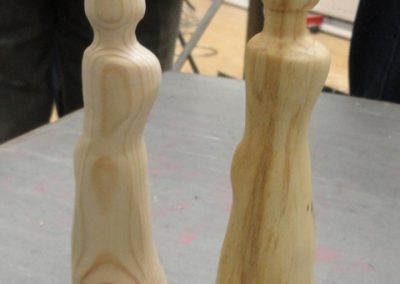 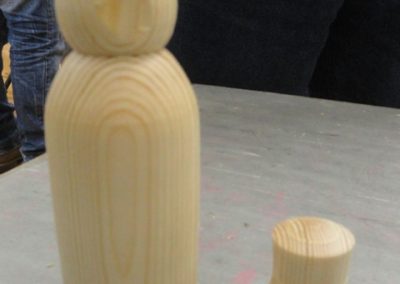 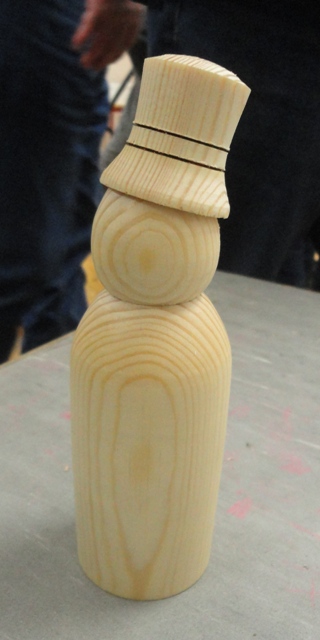 The March competition was a pair of off centre candlesticks. While this presented the challenge of off centre turning, getting the two candlesticks to match was also difficult. Well done to all who submitted their entry. 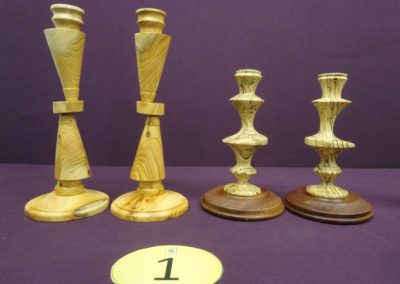 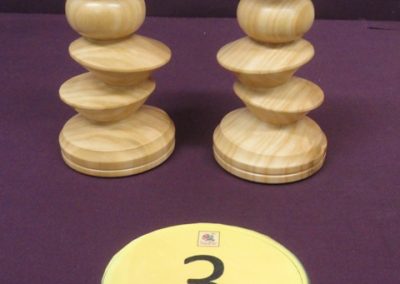 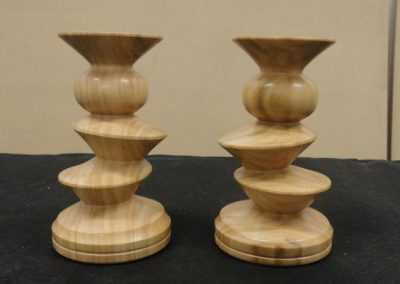 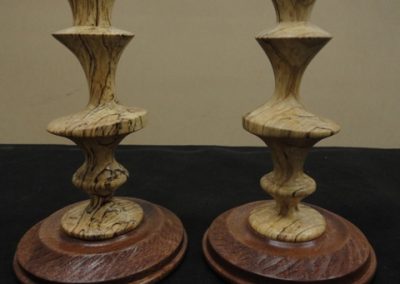 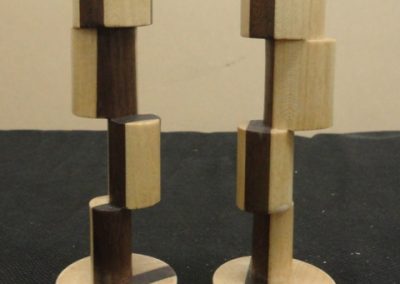 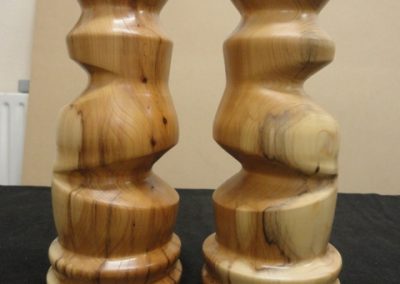 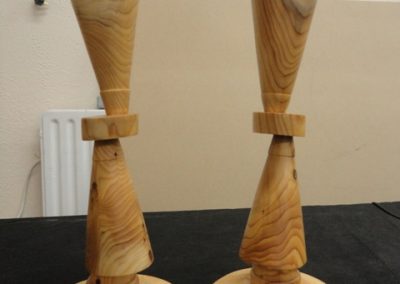