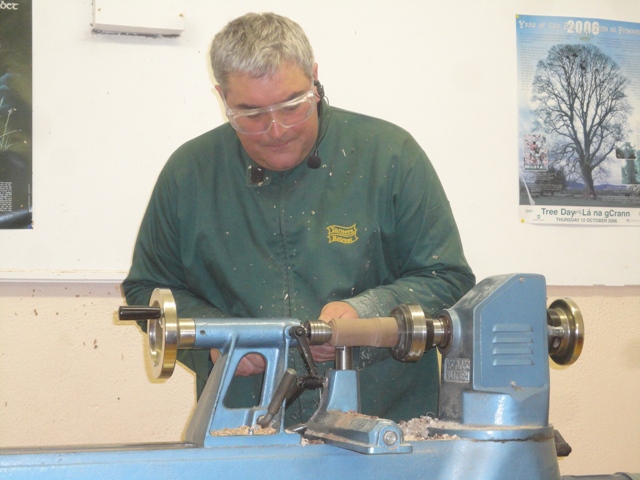 The March meeting of the 2015/2016 year was held on Thurs. 11th March in the Craobh Eo Centre (Old Schoolhouse) in Aghamore.

Our demonstrator for the evening was Michael Horkan and his project was a table lamp. It consisted of 8 pieces in total, a stem with 4 pieces, base and 3 feet.

Michael came well prepared which is always a good idea. He took the bottom up approach and first turned the feet.

As the stem consisted of two similiar pieces only one was turned on the night. A blank was mounted for one half of the stem and drilled through the centre to later receive the cable. Michael used Willie’s new chuck that allows the shavings to be ejected without going through the tailstock. Nice one. Martin was impressed and he has made a few lamps in his time.  The blank was drilled to receive the other stem (this was marked earlier). A spigot was turned to attach to the base (or other stem if top one).  Stem was then rounded and shaped.

Finally Michael turned the little inserts for the stem, one for the top and the other for the middle in a contrasting wood (walnut). This involved mounting a blank in the chuck, drilling it to fit over the stem spigot and shaping. Job done.

This is a lamp that would grace any table and well done to Michael for a very nice demo and introducing a lovely project to make. The weather is warmer so lets get turning make someone very happy. 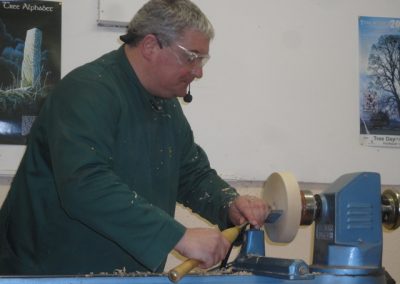 Michael Horkan starts to work on the base blank 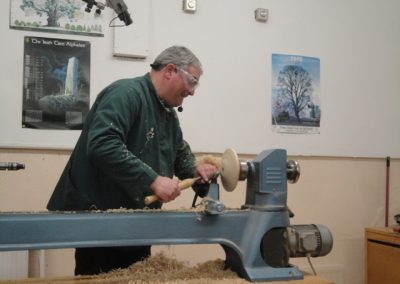 Getting shape of the top right 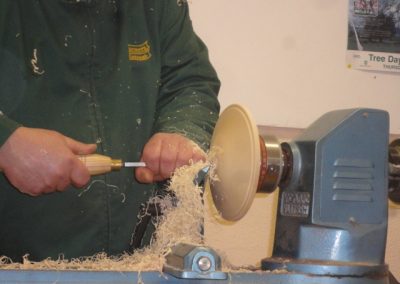 Centre must be flat to take the stem 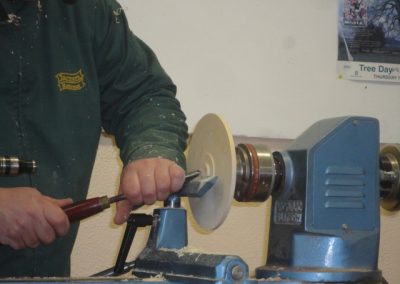 Having remounted the base, turn nice detail on the bottom 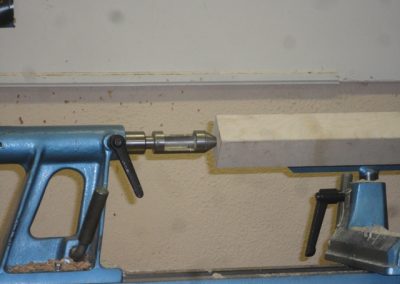 Close up of the Willie’s new chuck 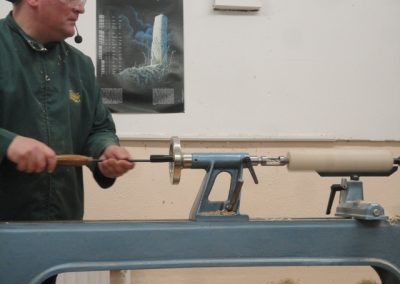 Boring the stem with the augur 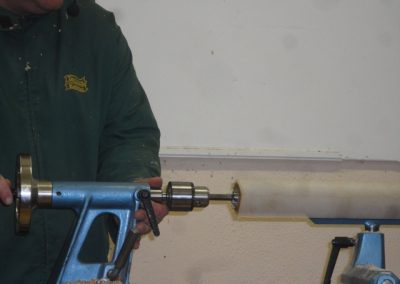 Drilling the stem to receive the other half 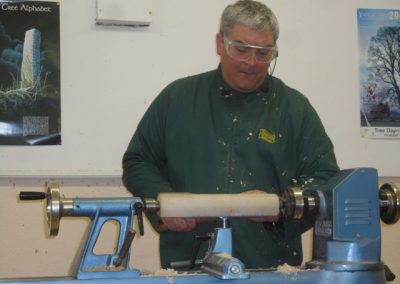 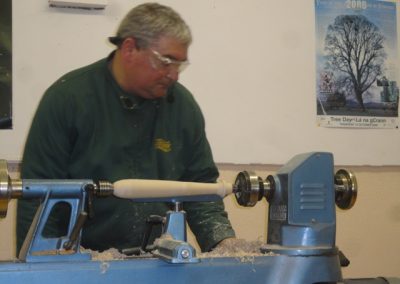 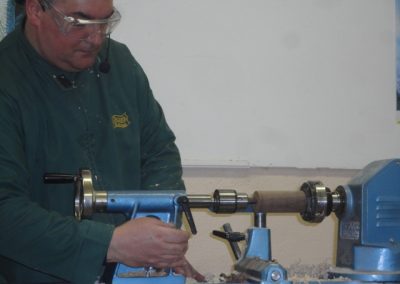 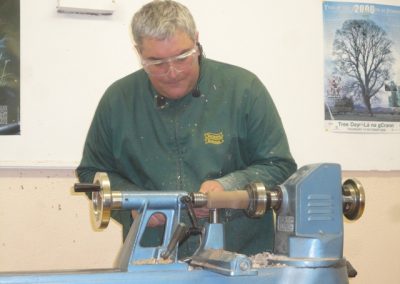 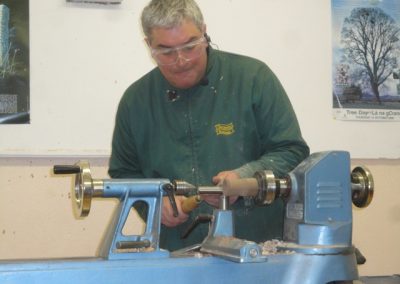 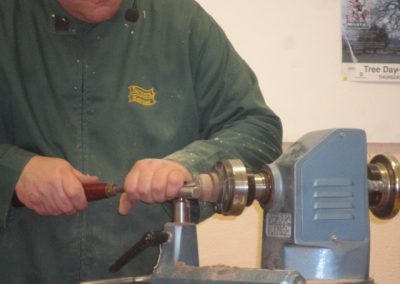 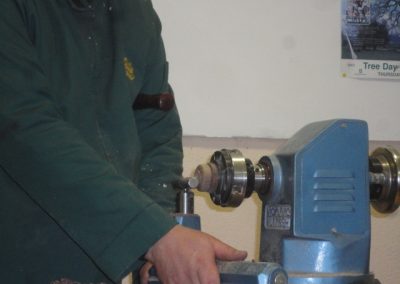 Got to get closer 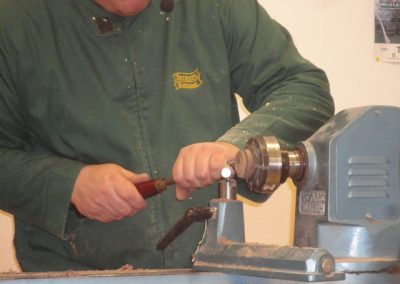 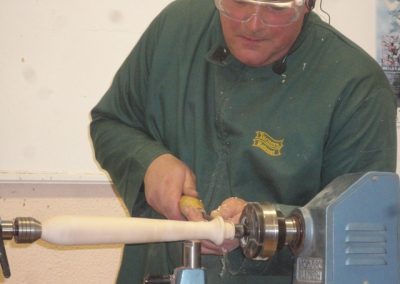 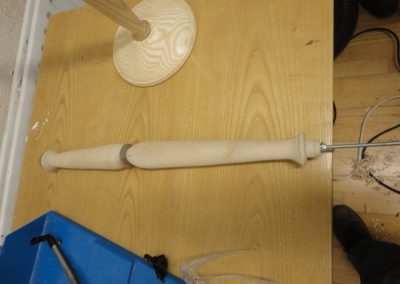 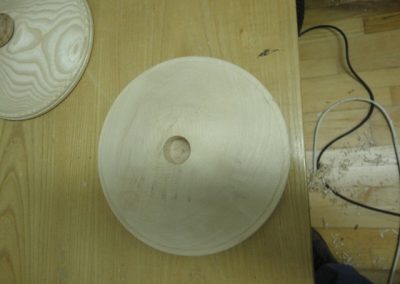 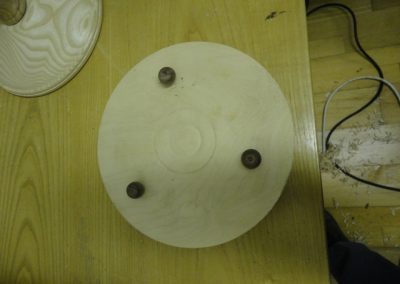 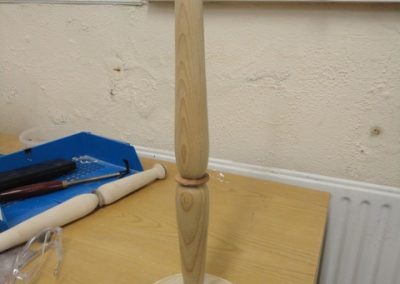 Our March competition was for a hat or a cap. This was a challenging project and well done to those who submitted an entry.

The pieces were judged by Martin Wilson.

April’s competition is a decorative centre piece for a dining table. 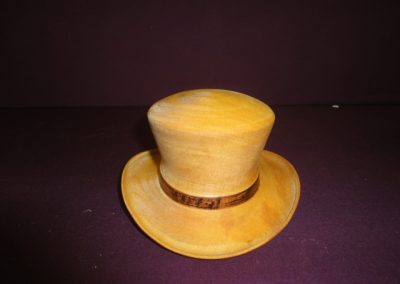 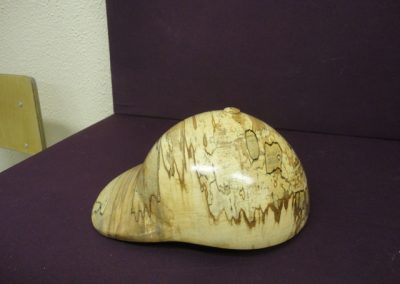 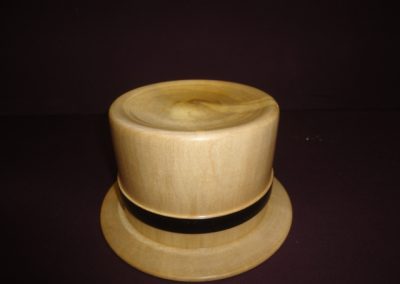