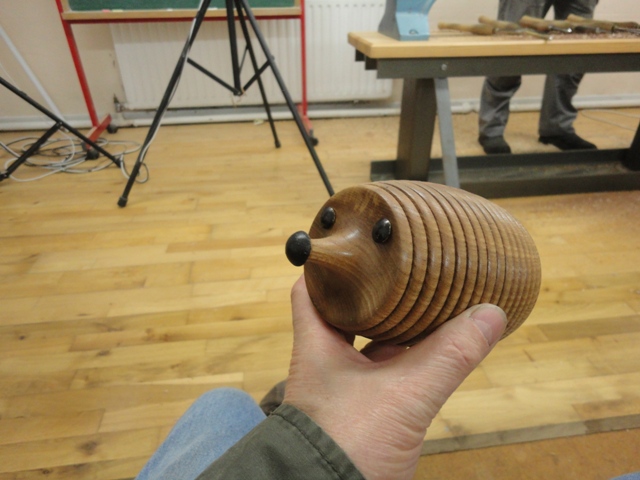 This was the second meeting of the 2015/2016 year and was held on Thurs. 8th October in the Craobh Eo Centre in Aghamore.

It was the first demonstration of the new season with M Wilson holding the attention of all present. Martin was also wired up as the chapter was using its new speaker system that was installed by chapter treasurer PJ Hallinan.

Martin went through the processes of making a no. of small projects to his captive audience.The first project Martin demonstrated was the making of a small tealight holder from a square section of wood. The piece of wood was held on the lathe using a 8 mm screw chuck. When secured a spindle gouge was used to make a recess into the endgrain using the gouge in a sweeping action aimed towards the centre. It is vitally important in making this piece that the piece is perfectly square and the screw chuck is centred correctly. A parting tool was then used to make the recess for the tealight.

Martin next turned a hedgehog from a section of wood 100 x 100 x 170 which was mounted between centres. The general shape was turned down with a roughing gouge and spindle gouge. When he was happy with the correct shape he then used a dividers to mark a series of lines and these lines were enhanced using a three sided tool and the spindle gouge was used to round these lines. He then took away the tailstock so beads could be positioned to the posterior of the hedgehog. The piece was then regripped in the chuck so the head and face of the hedgehog could be completed using a spindle gouge leaving a long nose which he coloured black with a permanent pen and using upholstery tacks for the eyes. The bottom was then flattened on a belt sander.

The third project Martin demonstrated was a project he observed at the National seminar turned from a branch of a tree of 200 mm dia. and 250 mm long. The project in question was a volcano with a tea light. The log was mounted between centres and turned almost cone shape. The log was then squared at the base using a parting tool and pared down to a dovetail spigot to be held in the chuck to make a recess for the tealight.

Using a carving gouge Martin then made grooves down the side of the volcano which were painted red to give the impression of lava. Martin then showed his audience a box of saw dust in which he had added green food colouring. He then applied PVA glue to the sides of the volcano and then using a sieve he sprinlled the fine sawdust over the glue to give the impression of grass on the side of a mountain. 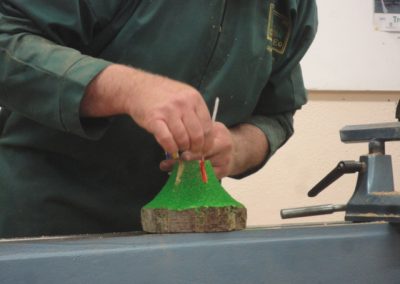 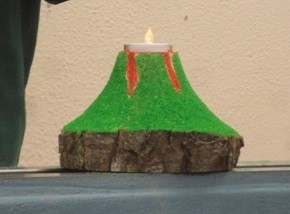 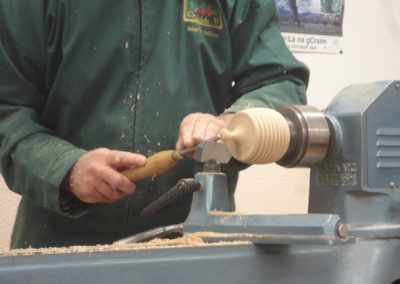 Turning the face of the hedgehog 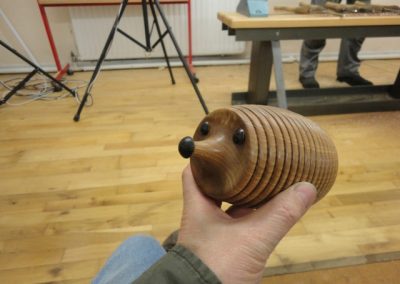 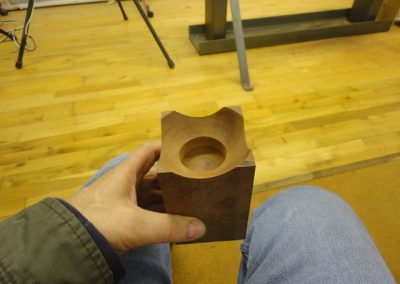 The October competition was an off centre piece. There was a varied display of items and thanks to all who submitted a piece.

November’s competition is an artistic piece. 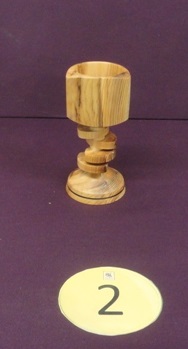 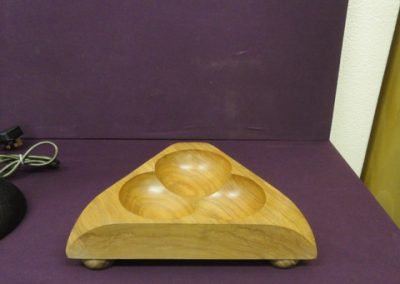