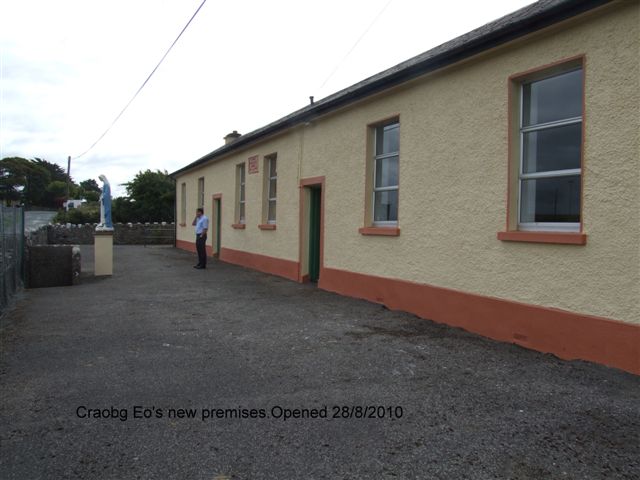 The Craobh Eo Seminar for 2012 was held on Sat 6th May in the Craobh Eo Centre in Aghamore.

We had two special demonstrators for the day, Mick Hanbury from Uk and Seamus Cassidy from Meath.

At the outset Mick Hanbury set out his stall that his demo would be upbeat and lively and we were treated to very entertaining sessions. Throughout the day he demonstrated his superior skills on the lathe and passed us on so many tips to improve our own skills.

He turned a hollow form with lid and applied colouring to completely change the appearance of the piece giving it a marble effect.

Another demo were a platter or shallow bowl. The back was turned plain but onto the front he sculpted random designs using an Arbortech. This became the platform for his colouring which was the main focus of the demo.

He explained how to mix colours and demonstrated the technique of air brushing onto the face of the platter. Black was used to set off the other colours and highlight the sculpting done earlier.

The end result was stunning and it was done in such a short time. We came away wanting to have a go ourselves.

Seamus Cassidy had travelled from the North East Chapter with a pedigree that came from winning RDS competitions and performing around the country and he did not disappoint us.

Immediately you are struck with the sense of style and design skills that he brings with him. He likes to build his creations up from individual items and bring them together so they compliment each other and look aesthetically pleasing. He stressed that attention to detail is imperative to achieving good results.

He demonstrated how to bend wood by boiling it which could then be used in his creations.  He showed how to imbellish a piece by searing the surface to give it a lift. Seamus passed us on many techniques on how to incorporate other materials into a turning which he has successfully done himself in the past.

A big thank you to both demonstrators for a great day.

There was a fine turnout of good quality pieces for the competition which was judged by Seamus and Mick.

Both were impressed by the standard on show and passed some good tips on how to inhance the design side.