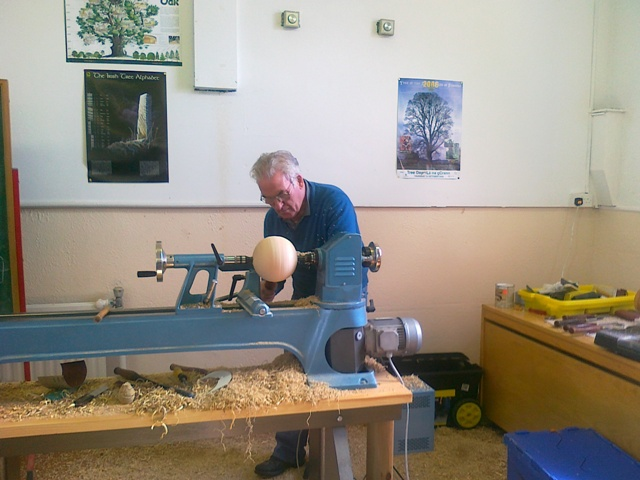 John Malone from the North West chapter demonstrated for us on Sat 2nd April 2011.

He first gave an outline of the many arts of woodturning and pointed out that a good number have disappeared over the years. This may be due to advances in woodturning equipment but also to the decline of the “trade woodturner”. There is also a tendency to follow celebrity turners whose repertoires are limited and over complicated. We can revive these skills because they are within the capalilities of most turners.

His first demo was a pedestal bowl from spalted beech turned with a faceplate but without using a chuck. He explained that this was the way it was done before chucks became commonplace.

Next up was what he called the grenade and involved spin turning. He carefully turned a sphere with a band and then marked out positions on the band to subsequently hold between centres. The sphere was then rechucked many times to produce the vertical lines. The final rechucking allowed him to remove the band and produce the horizontal lines. See photos.

John finished off with a sphere that contained six rings showing a variety of shapes on the outside of the form.

We all came away feeling privileged to have spent this special day with John. Thank you John for sharing your experiences with us.

Thanks to Margaret, Fiona and Sarah Creighton and Moya Wilson for the lovely sandwiches and soup we really enjoyed on the day. 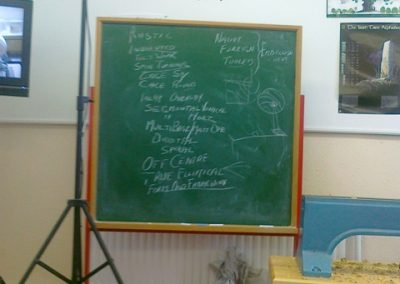 Some of these woodturning arts have disappeared 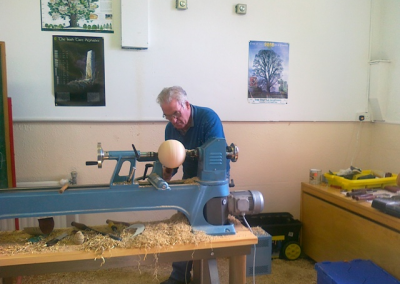 John creating the sphere for the grenade 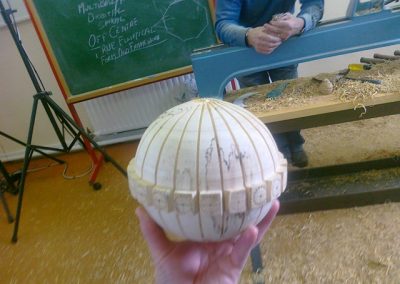 The grenade at the halfway stage 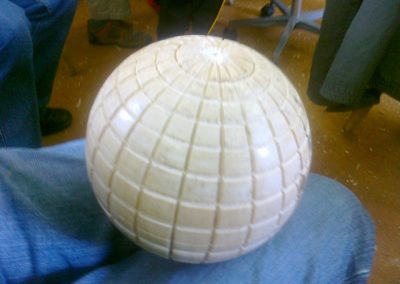