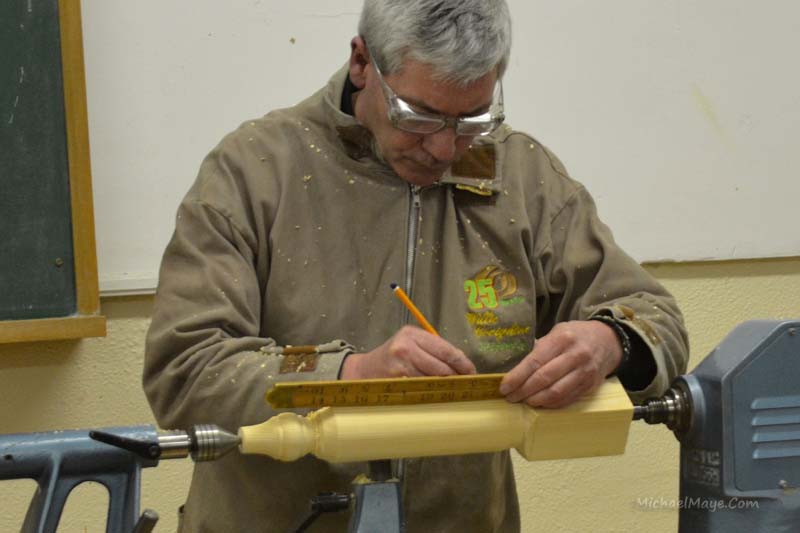 Willie Creighton was our demonstrator for the evening.

Willie had to stand in at short notice and we really appreciated that. He started with a discussion on safety which is an important issue for the I.W.G. and this theme ran throughout the demo.

First we had a tutorial. A blank was mounted between centres and various cuts were made. Holding the tools the proper way, position of the body, speed of the lathe and general approach were discussed. Willie used the skew, spindle gouge, parting tool and roughing gouge as he showed how to make beads, coves and fillets. This was an excellent training demo which was great for beginners but experienced turners could also brush upon their skills as well.

Willie’s main demo was to turn a coffee table leg and he started with a sketch on the blackboard with dimensions included. He mounted a blank and marked out the top of the leg (square part) before rounding the rest (bottom part). Working from the bottom up, the various cuts were marked out and turned as demonstrated earlier but this time for real. Great care was taken to follow the layout sketched out earlier on the board. Follow the photos below.

A short demo followed on bowl turning using a small bowl mounted on a screw chuck. Bottom was cleaned up first. The outside was then shaped with a little rim left on top. Primarily using a bowl gouge but sometimes a spindle gouge for odd cuts. A spigot was cut in the bottom for remounting. Next the bowl was remounted in the chuck and the inside hollowed out. Willie then showed how to remount using the tailstock for support and for finishing the bottom.

This was a lovely demo on the art of spindle turning as well as a little bowl turning thrown in. Well done to Willie for standing in at such short notice and answering the call and It was a pleasure to have him for the evening. 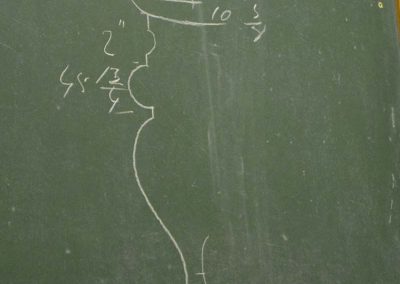 Sketch up of leg 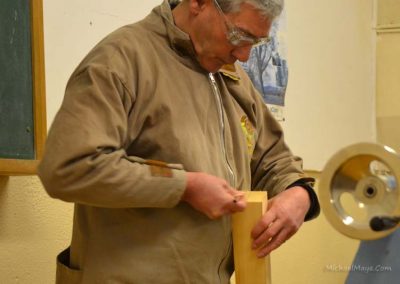 Willie gets centre of blank 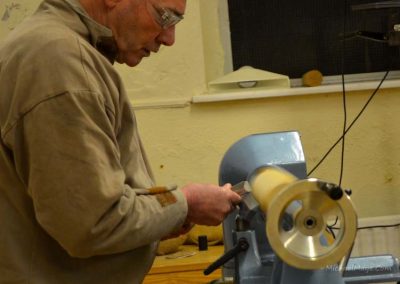 Using skew to make a cut 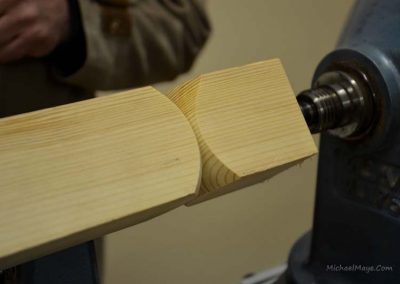 Close up of holding position 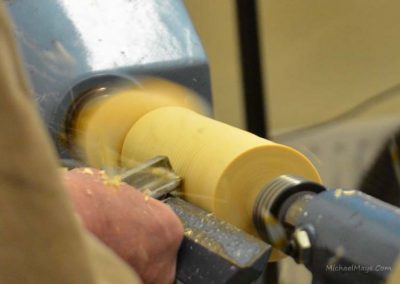 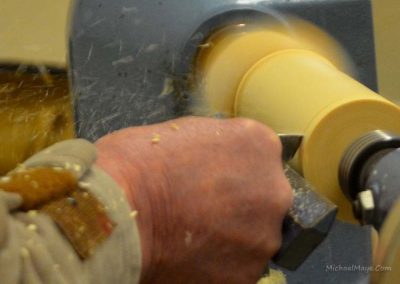 Cleaning up with roughing gouge 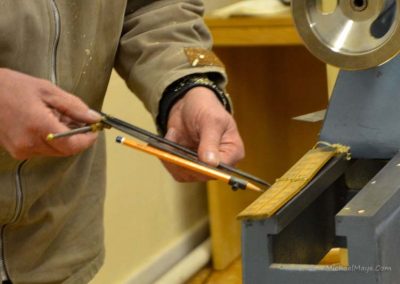 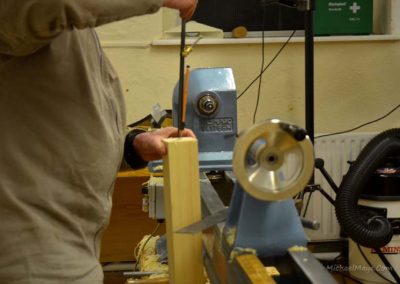 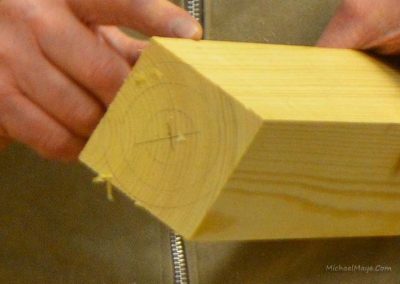 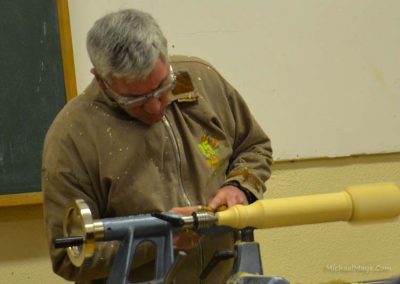 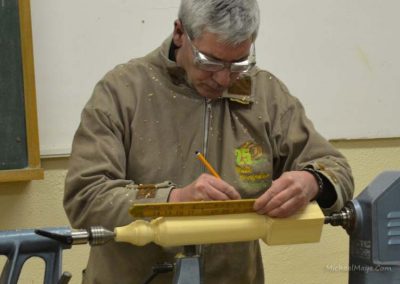 Transferring measurements to leg for next cut 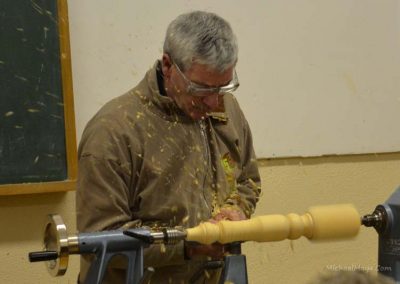 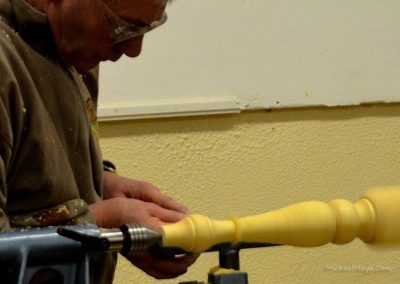 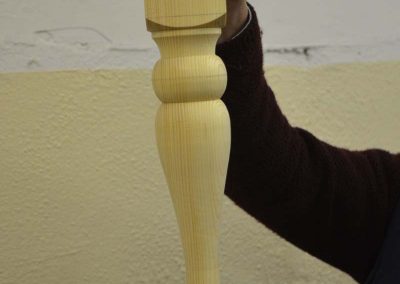 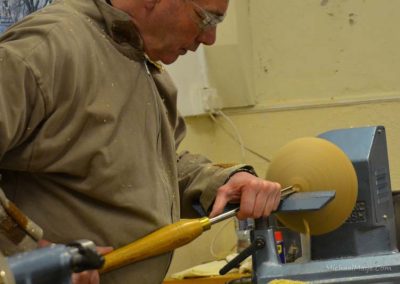 Cleaning up bottom of bowl 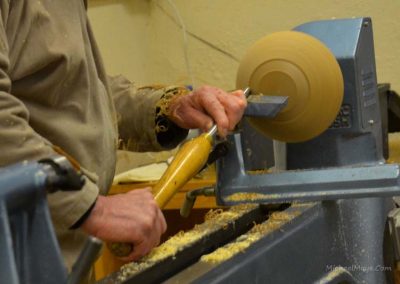 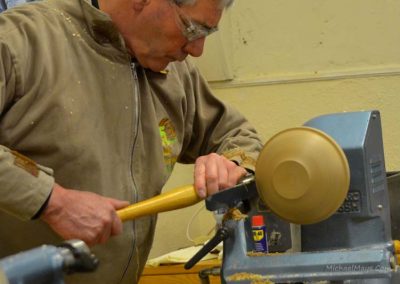 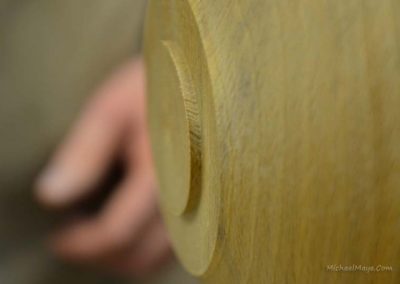 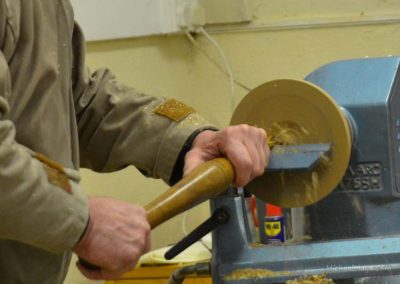 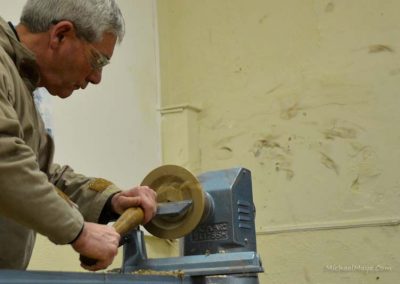 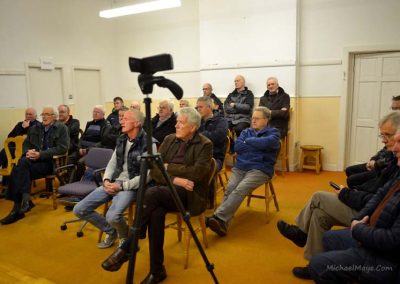 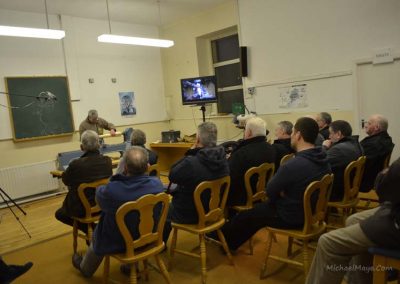 Willie gets full attention from the room

The February competition was a hanging shelf. A lot of work went into these pieces and the results showed that. Well done to all who took part.

Competition piece for March is a scoop so get turning. 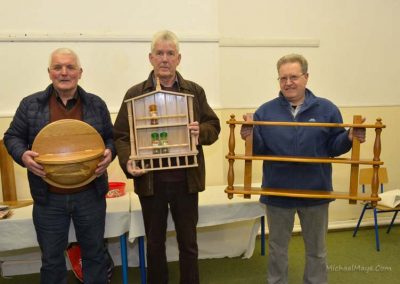 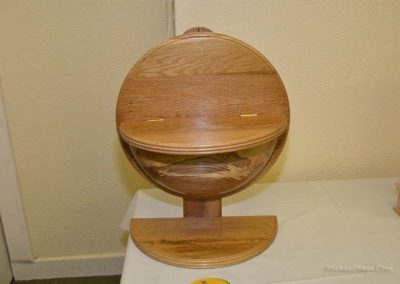 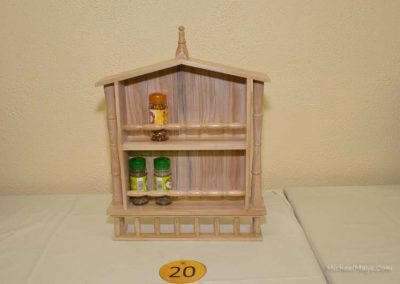 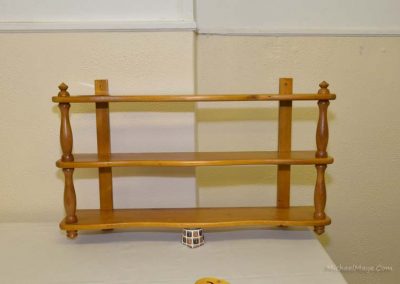