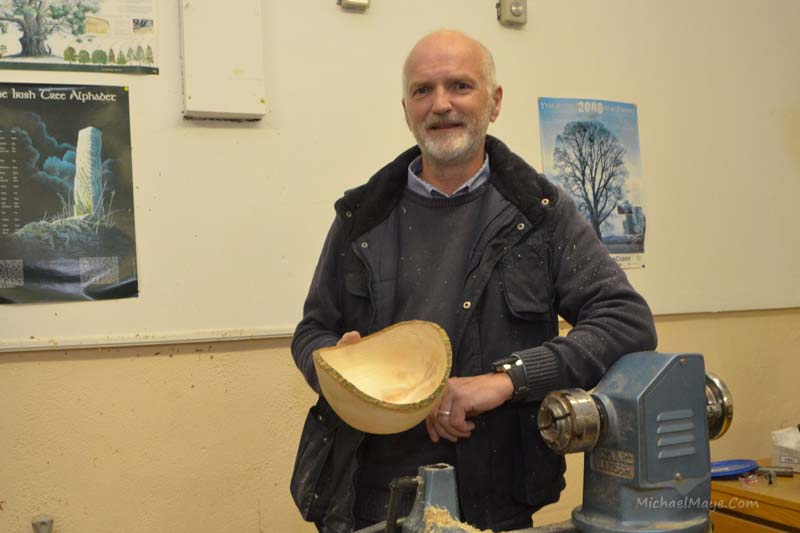 Fergal McGinnity was our demonstrator from the North West Chapter. Fergal’s chosen project was a natural edge bowl.

A piece of ash that had been prepped beforehand using the lid of a bucket to mark a circle on the blank and cutting it to an approximate circle.

A faceplate was then attached to the blank using long screws to the bark and mounted on the headstock of the lathe. Using the roughing gouge Fergal worked on bringing the sides of the blank to a cylinder and also tapering the sides towards the base. When happy with the shape to the sides Fergal then trued up the base using a bowl gouge working from the outside to the centre. Fergal then used a scraper on the base and sides before taking a recess out of the base for the chuck.

When mounted on the chuck Fergal used a parting tool to mark the diameter of the bowl. The mark or track that is left on the bark also helps to prevent bark being knocked off near the edge of the bowl.

Fergal then used the bowl gouge to hollow the bowl taking small cuts at a time and working from the outside to the centre of the piece. Fergal constantly adjusted the toolrest to minimise vibration and help get a cleaner cut as he worked. His final cuts were achieved using a round nose scraper setting the tool rest high and and sloping the scraper down at an angle.

This was a very composed demonstration by Fergal with lots of good tips for all present. 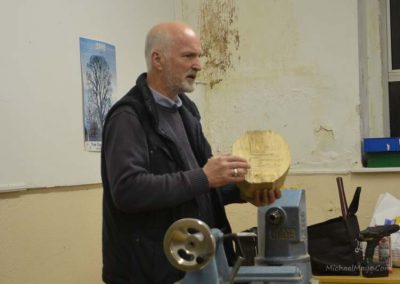 Fergal shows us the Ash blank for turning. 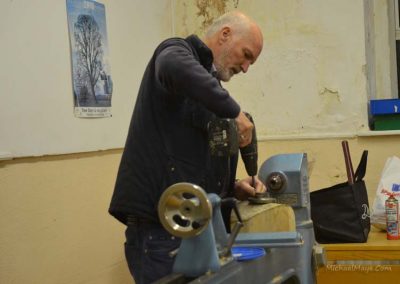 Centers the faceplate and secures with screws. 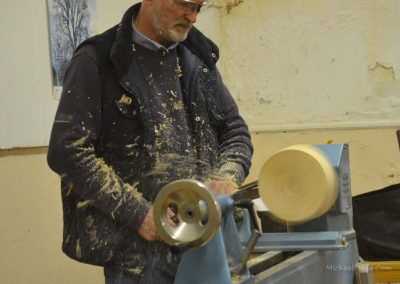 Starting at a slow speed, turns the blank to round. 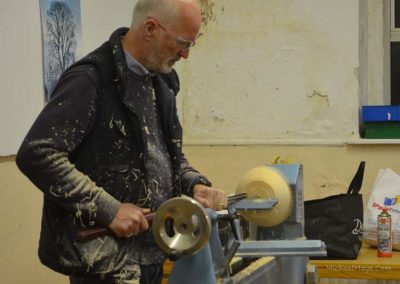 Shaping the outside of the bowl. 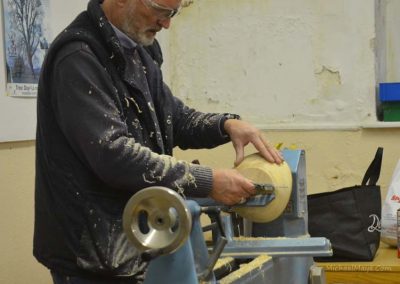 Checking the foot is flat. 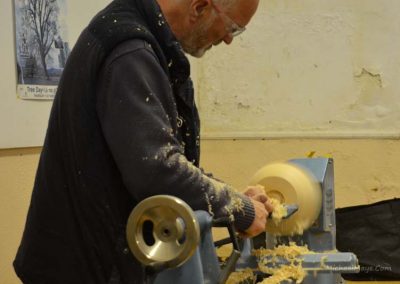 Turning the recess for reverse chucking. 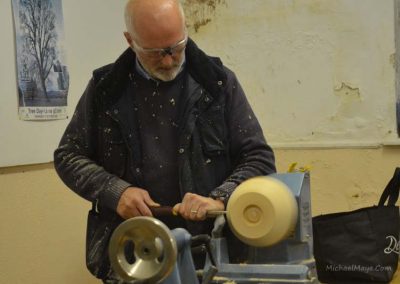 Final shaping of outside of bowl. 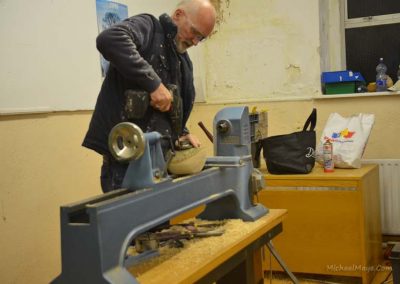 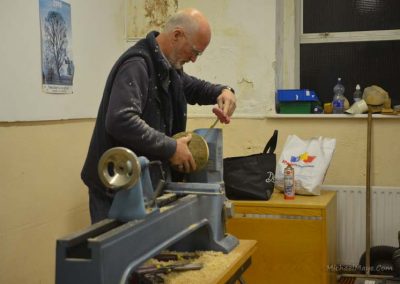 Mounting the bowl on the chuck. 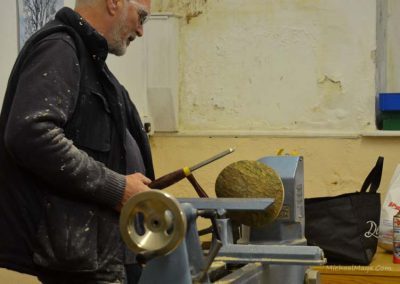 Checking for clearance and secure in the chuck. 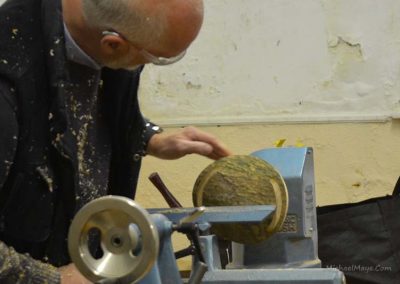 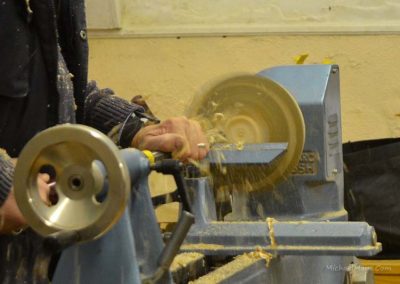 Removing the inside of the bowl. 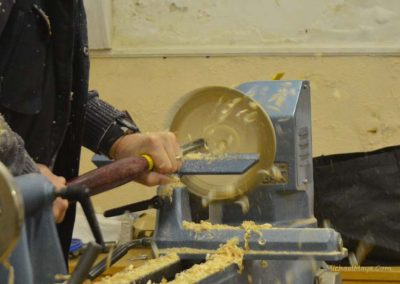 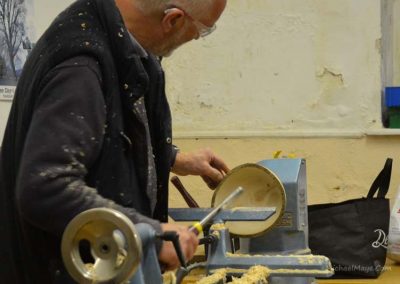 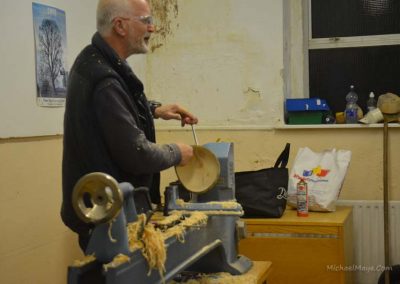 Removing the bowl from the chuck. 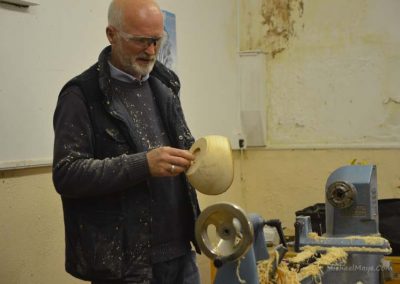 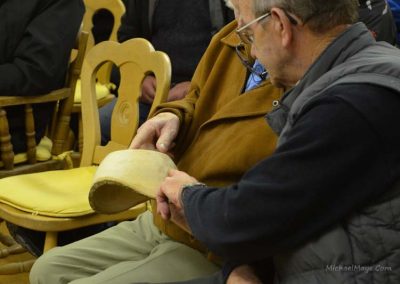 Club members checking out the bowl. 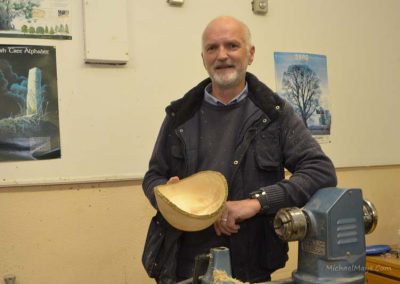 Fergal with his turned bowl. 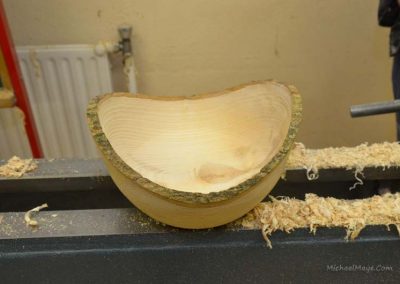 Bowl is ready for sanding and finishing. 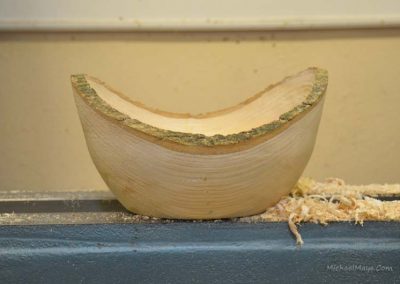 October’s competition piece was a Chalice.

Thanks to all who submitted a piece and well done for taking part in a very challenging project.

This will be our AGM and will be preceded by a demo from Willie Creighton turning a table leg. 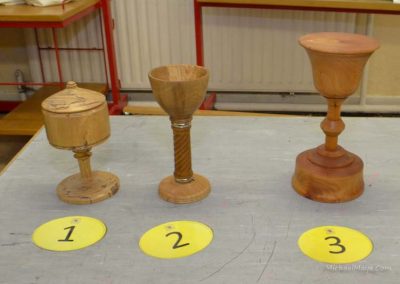 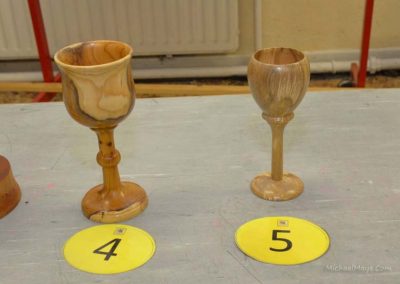 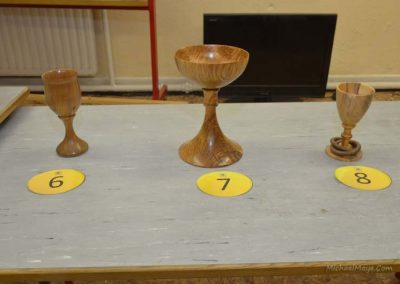 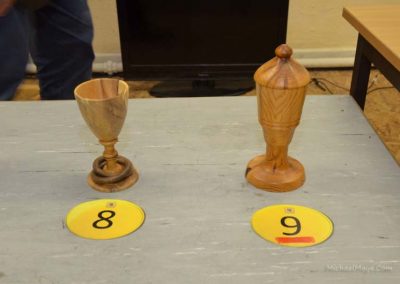 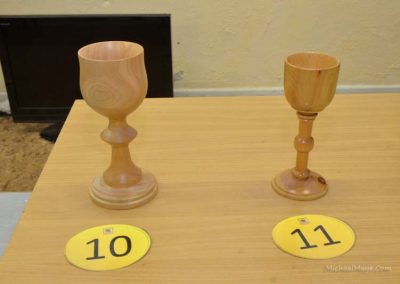 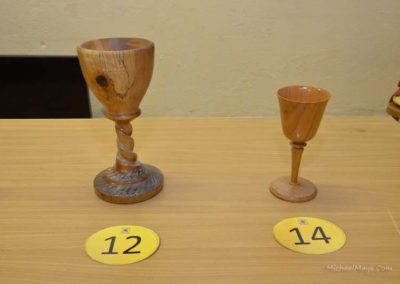 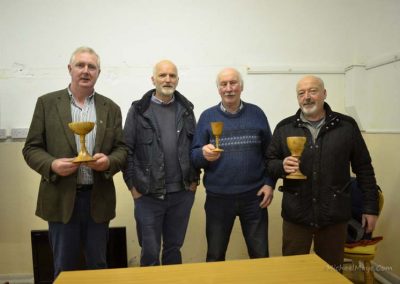